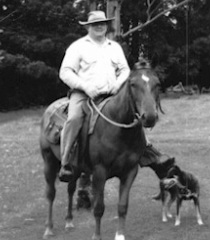 Robert has been on Levuka all of his life and has taken an active roll in the economic welfare of the community being the chairman of the Upper Clarence Survival Committee. A group dedicated to the retention of services such as the hospital and police station in the area. Levuka has been in Robert's family since 1908. Robert and Rosemary purchased the property from Roberts father in 1990 and soon found ourselves in the worst drought in recorded history in this area. It was because of the drought experience that Rosemary became involved in a wide range of educational and welfare activities in the region and was  awarded the ABC North Coast Rural Woman of the Year in 1997. The decision was made in 1995 to develop a nature based tourism venture  using the old logging tracks and the natural beauty of the area  Two hundred and seventy bird species have been identified along the Beaury  Creek valley, many of them being very rare and endangered. Old growth  rainforest and open hardwood forests have been preserved on the property and although Levuka is still a working cattle property it operates with sustainable management practices. 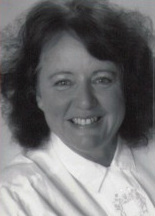 The environment is our top priority on Levuka and we have worked closely and  happily with the Tenterfield Shire Councils, EPA, Dpt. of Land and Water Conservation, Landcare and Clarence Catchment Management Committee to  preserve the water quality and prevent sedimentation.  The increase in tourist traffic over the past five years has contributed to the economic improvement within the Upper Clarence region. Robert is the treasurer of the newly formed Outdoor Recreation Parks Association of Australia. Rosemary has taken on the responsibility of preparing a "Code of Practice"  for this new industry.